Recently I retriever some bank security token (dismissed in favour of authentication using the smartphone app) and i would to analyze them.

Over the plastic shell is reported the site of manufacturer, so after some click I found that this tokens are Vasco DIGIPASS GO 6 (also used by Blizzard).

After removing the two labels I not found screws, so I used the hard way and after some time I discovered the board: 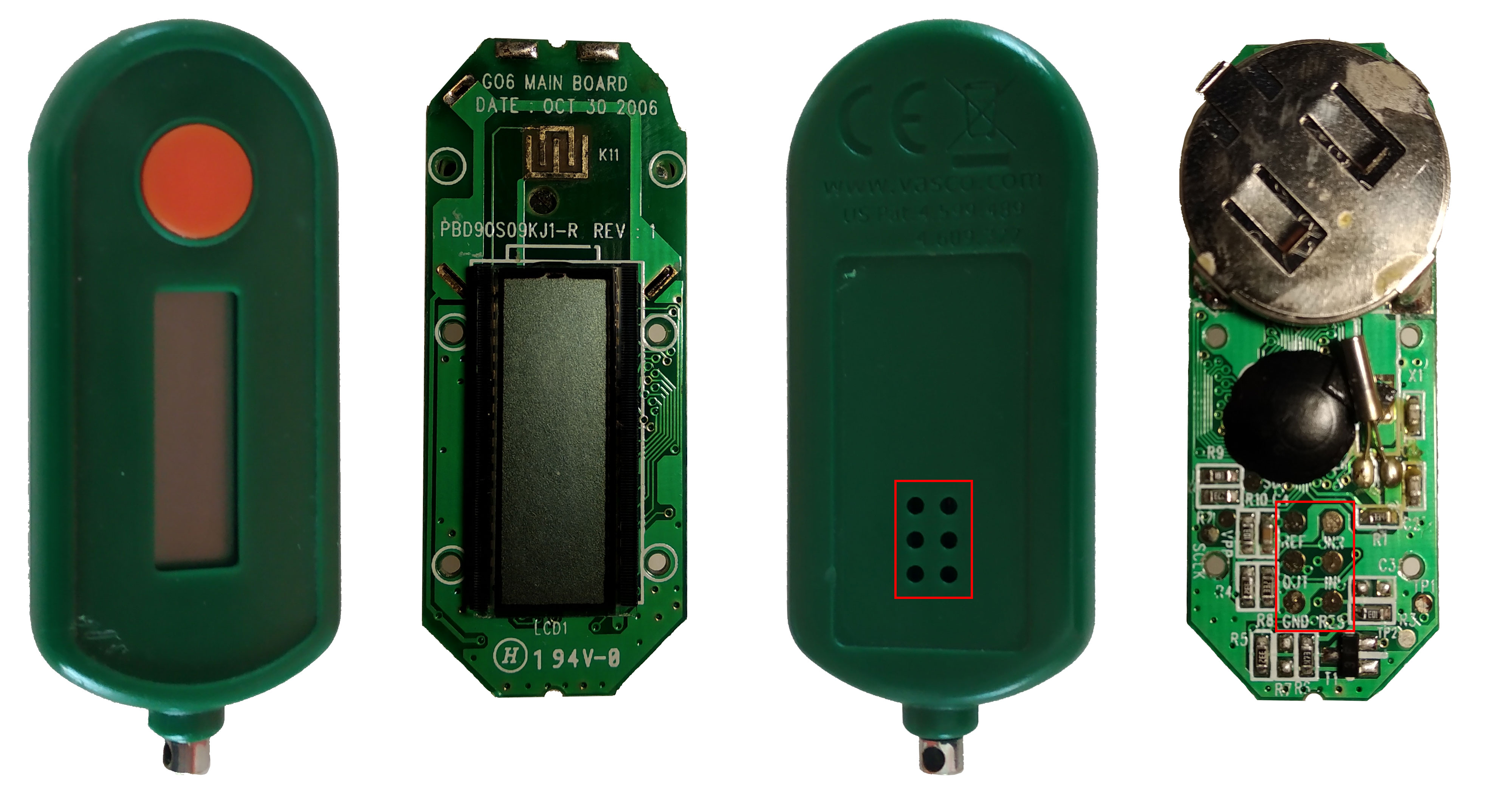 In this picture are visible 6 drill in the plastic shell in correspondence of 6 test points over the board. This probably was made in order to allow to flash the firmware after closing the shell (tipically this can be an ICSP interface).

In this video seems that the DIGIPASS GO 3 mount the same board.

After some more analysis I found 11 test poits:

Over the board is also visible a chip-on-board MCU (COB make hard to discover the model), a crystal oscillator (X1), some resistors and some capacitors. The T1 elemet seems to be an transistor.

Using my multimeter for inspection I have draw a partial schematic: 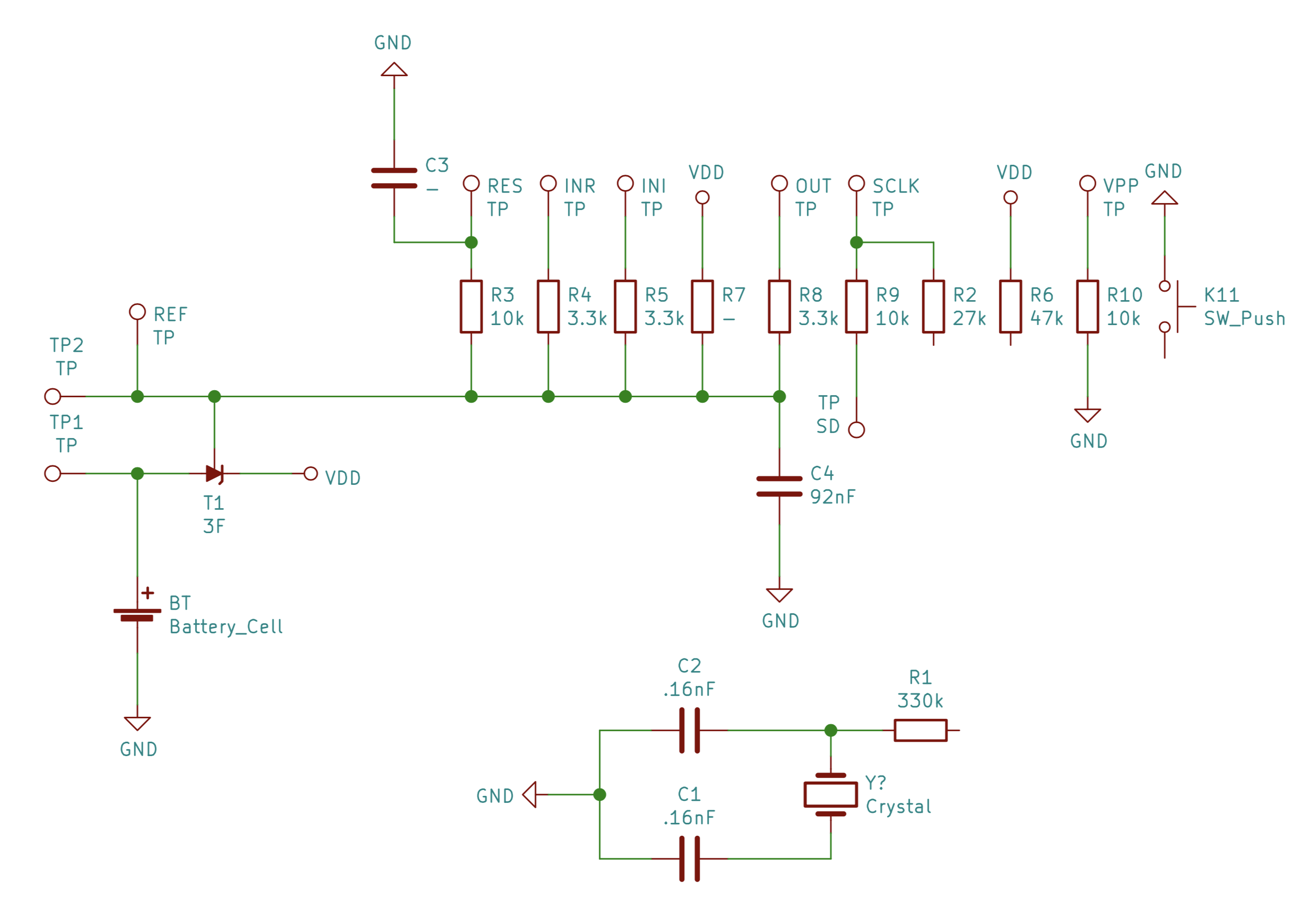